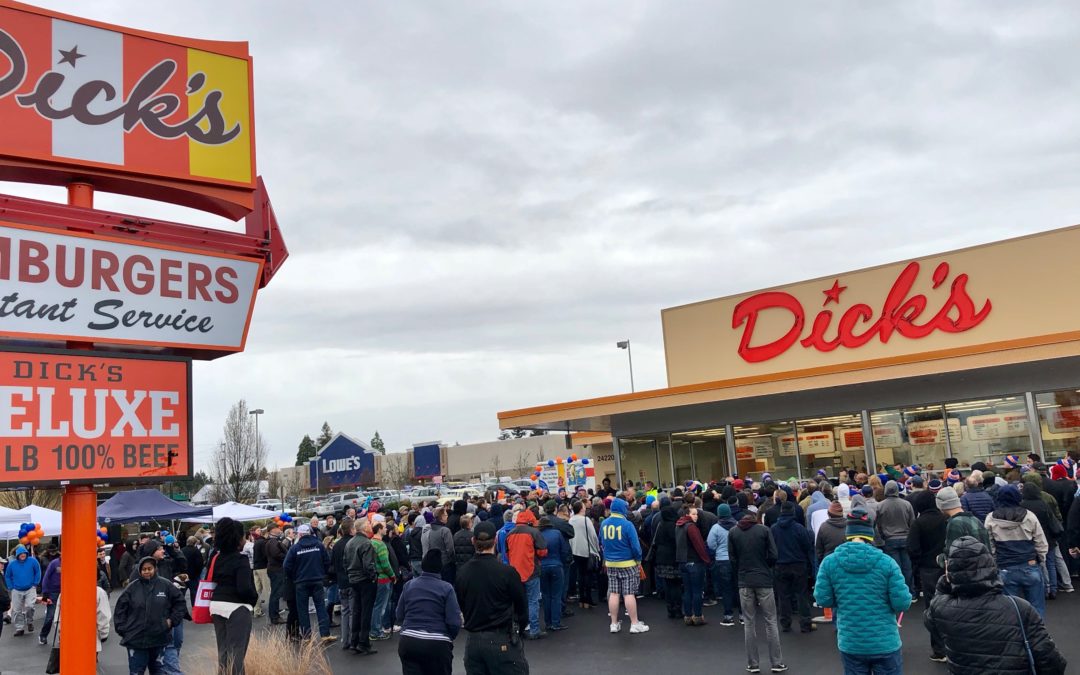 Since 2011, Schuchart has collaborated with Dick’s Drive-in to grow and improve multiple locations for this Seattle institution owned by the Spady family. Celebrated not only for its fresh and fast food, but also for its community service, philanthropy, and civic engagement, Dick’s Drive-In is an iconic business that enhances the neighborhoods where they are located. Dick’s Drive-In restaurants feature the same design aesthetic since the first location opened in 1965, one that continues to define its brand, and Schuchart works tirelessly to deliver each project with a focus on craft and respect for Dick Spady’s legacy.

Edmonds (2011): The new 3,800 sf Dick’s Drive-in restaurant north of Seattle is the first new restaurant in nearly four decades. More than 110,000 customers participated in an online poll to select the location for the restaurant.

Holman (2012): Renovation and addition including new customer restrooms to the restaurant built in 1960.

Kent (2018): This new 3,800 sf restaurant is the first in the South Sound. The location was selected from the results of an online poll that gathered 170,000 votes.