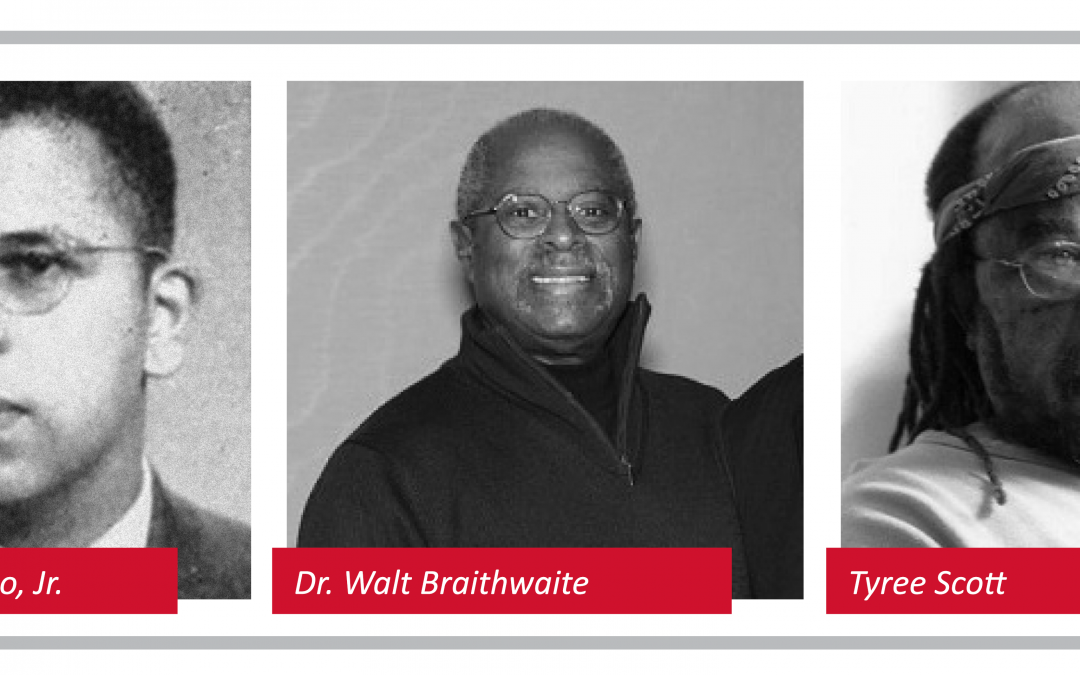 During Black History Month we recognize the struggles and hardships of African Americans throughout history. This month we celebrate the achievements made and more specifically, we would like to take a moment to highlight some of the heroes that have helped shape the A/E/C industry into what it is today. Below you will find a person who has made a local impact in architecture, engineering, and construction as well as links to continue the story with heroes who have changed the industry on a national scale.

Benjamin McAdoo, Jr. – Benjamin McAdoo was the first registered African American architect in the state of Washington and also opened the first African American-owned architecture firm in the state. Benjamin grew up in Pasadena, CA where housing opportunities were clearly defined by the color of one’s skin. Witnessing this injustice, McAdoo chose to study architecture at the University of Southern California and then later at the University of Washington. McAdoo first opened his architecture firm from his kitchen, and quickly became an architect of note, and expanded his practice focusing primarily on home renovations and 1940’s modern designs.  Many of his homes won awards from the AIA and Seattle Times. In the 1950s McAdoo designed the first House of Merit and continued to design many more providing homes for lower-income families.

McAdoo soon turned his attention to civil rights activism. A fierce civil rights activist, McAdoo gave lectures, wrote articles, organized protests, and ran for the state legislature. Because of his involvement in the government and his passion for designing homes for lower-income families, he was appointed Chief Housing Advisor for the US Agency for International Development (USAID) and relocated to Jamaica to design and oversee modular housing prototypes. Upon his return, McAdoo co-founded the Central Contractors Association (CCA), an organization of Black architects, craftsmen, and builders who fought for the rights of women and minority workers on federal projects.

McAdoo continued to fight for civil rights throughout his life and continued to design modern homes and buildings around the state. Many of his designs are still around today including the University of Washington Ethnic Cultural Center.

Dr. Walt Braithwaite – Dr. Braithwaite was born in Jamaica in 1945. Knowing early on he wanted to study engineering, Braithwaite enrolled in a diesel engineering correspondence course and apprenticed at a local maritime machine shop. After his family emigrated to England, Braithwaite received a certificate in mechanical engineering, then moved to Chicago to complete his diesel engineering training.  His educational career far from over, Braithwaite went on to receive a B.S. in engineering in Chicago and an M.S. in computer science from the University of Washington. He was awarded the Boeing Sloan fellowship to study at MIT and earned a master’s degree in business management.

In 1975, Dr. Braithwaite joined Boeing’s Fabrication Division, where he quickly climbed the ladder. In his senior engineer role, he was integral in the development of the CAD/CAM technology used today to design commercial airplanes. Because of his leadership, models could now be designed and manufactured digitally, diminishing the need for manual drafting and expensive mock-ups. The 777 became the first jet to be fully designed digitally. Braithwaite revolutionized Boeing’s use of computer technology and played a critical role in converting varied CAD/CAM systems into collaborative programs that allowed for data exchange by developing the Initial Graphics Exchange Specification (IGES) protocol.

Dr. Braithwaite’s career at Boeing was far from over. In nearly 40 years he rose from associate tool engineer to VP of information system activities, to president of Boeing Africa. After retiring in 2003, he continued his education with a Ph.D. in technology and business processes and went on to receive numerous awards for his achievements and continues to be a role model for African Americans in engineering.

Tyree Scott – Tyree Scott was a labor leader and activist who drove changes for women and minority workers in the construction industry from 1966 through the 1970s and beyond. Scott influenced major changes in Seattle’s fair employment politics through the organizations he led and coordinated a movement to force historically all-white unions to include minority workers. Originally from Texas, Scott moved to Seattle in 1966 to work with his father, who was an electrical contractor.

At the time, there were major barriers preventing blacks and other minority workers from participating in the construction industry, such as being constantly blocked from competing for large contracts and unions refusing to work with minorities. This encouraged Scott to initiate action and lead a group of black contractors known as the Central Contractors Association (CCA). In the late summer of 1969, he led the CCA in shutting down every major federal construction site throughout Seattle to protest the unfairness of opportunities among minority groups and continually demanded jobs for minority workers and contractors. This action was the beginning of many movements Scott motivated to influence the changes in Seattle’s labor practices. These protests in Seattle, and like many other cities in the country at the time, triggered the first federal imposition of affirmative action upon local governments and industries.

The United States Department of Justice filed suit against the unions in late 1969, and in 1970, a broad affirmative-action program was ordered by the court on the construction industry. This included wide-ranging relief programs to maintain quotas for union membership, hiring, and apprenticeship classes, as well as changes in hiring. Scott continued the fight for fair equal opportunities throughout his life and had worked for changes beyond Washington state’s borders.